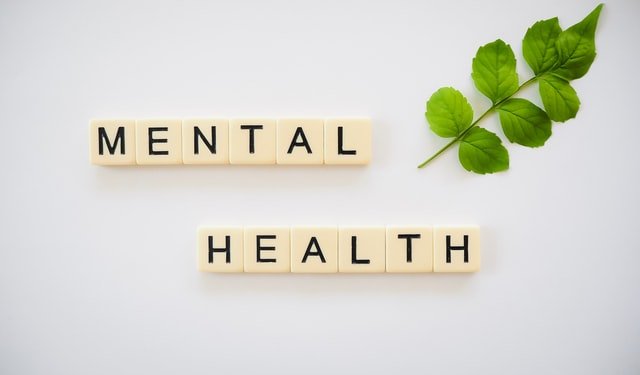 Regular physical activity can have many benefits on both mental and physical health. Countless studies have proven, without a doubt, the positive impact of exercise on members of the general population. But what about disabled people? Do they benefit just the same? Read ahead to learn more about the role of physical activity on disabled people and the benefits on mental health.

Did you know that 15% of the world’s population lives with a disability (1)? In Europe, 39 million people are disabled, of which 11 million are in Britain (2). Accessibility is a major issue, and because of this, disabled people often have a hard time getting an education or finding employment (2). Accessibility, or lack thereof, also impacts other aspects of their lives, like the practice of physical activity, which is the problem we would like to address.

People with disabilities, whether it’d be physical or learning, are less likely to participate in regular physical activity than those without disabilities (3). Lack of accessibility is one of the reasons, but poor social support from family, friends and the community is another one. However, physical activity has the same benefits for disabled people regarding health promotion and disease prevention (3).

Disabled individuals are often more prone to some chronic conditions. For example, obesity and type 2 diabetes are 66% more likely in members of the disabled community because they are more likely to be sedentary (4). One of the best tools to prevent these conditions is, you have guessed it, physical activity!

We could discuss the benefits of exercise on physical health for pages and pages because there are so many. But, health has many facets: physical, mental, and even social! In this article, we would like to focus on the psychological and social benefits of physical activity, as these are strongly interlinked.

The Social Benefits of Physical Activity for Disabled People

We’d like to begin the discussion with social health. Humans are social beings, and we constantly look for new ways to connect. The quality of our friendships and our other relationships has a strong impact on our mental health. Social interactions have the power to decrease stress and anxiety, improve self-esteem, and increase happiness (6).

These statistics reflect important social issues that we cannot fix in the blink of an eye. However, improving the level of physical activity in the disabled community could potentially help. Studies have shown that disabled individuals who exercised regularly were more likely to be employed and had lower absenteeism rates. They were also more productive in their place of work (7).

Working and providing for yourself and your family relieves stress and improves mental health. It also boosts self-esteem and improves overall mood.

Benefits of Physical Activity on the Mental Health of Disabled People

Those benefits are not specific to the disabled community, and anyone who exercises will experience them. However, studies have shown that physical activity can improve the mental health of individuals who suffer from physical, mental, and functional disabilities.

The Scandinavian Journal of Medicine and Science in Sports published a large review summarising the mental health benefits of exercise on individuals with physical disabilities (8). Their overall conclusion was that physical activity led to important psychological gains in disabled people and made them feel empowered. Let’s dive into the details of their findings.

The first thing they found is that the practice of sports like mountaineering, scuba diving, snow-skiing, and kayaking resulted in feelings of higher self-efficacy. In other words, recreational activities increased the participants’ beliefs in their ability to perform. According to the authors, sports allowed disabled individuals to work on a particular skill at their own pace in a positive environment. They experienced pleasure and excitement from the activity and, as their abilities improved, so did their confidence.

When they looked at self-esteem specifically, they found a positive association between the sense of worthiness and involvement in sports activities. Basically, the practice of sports increased self-esteem, both in younger and older disabled people. The review cites an interesting study where 59 paralyzed boys participated in a sports program for periods of 2 to 20 months. Researchers asked them to draw self-portraits and compared them to those of 152 children who did not practice any sports. They found that the physically-active boys viewed themselves in a more positive light. Their drawings showed fewer body distortions and less body neglect.

The review cites a study that analysed the locus of control of 170 disabled children and adolescents who participated in camp activities. It found that, within three weeks only, there was a significant shift towards an internal locus of control from the participants. The practice of physical activity made them feel more in control and like they had the power to change their own circumstances. And this was within three weeks only! Imagine what could happen to someone if they practised sports regularly.

Finally, the paper examined the relationship between physical activity and social acceptance. Authors found that, in general, disabled individuals who exercised viewed themselves as productive members of society. They had fewer acceptance issues and believed they were actively involved within their communities. As mentioned earlier, social involvement has a direct impact on mental health. Individuals who feel like they have a place in society tend to be less anxious or stressed, and happier in general.

Another more recent paper looked at the influence of exercise on the quality of life of disabled individuals (10). They recruited 26 adult participants and enrolled them in a basketball tournament. At the end of the study, all the participants said that they felt at least one psychological benefit from playing in the tournament. These included feeling good, being more focused, experiencing less stress or aggression, and developing a better work ethic. They were also very satisfied with the opportunities to meet new people and travel that the tournament offered. In summary, they all felt that being involved in a recreational activity like basketball significantly improved the physical, emotional, psychological, behavioural, and social aspects of their life.

Another review paper this time focused on the influence of physical activity on individuals who had a learning disability (11). Overall, it concluded that involvement in physical activity resulted in a better quality of life for people with a learning disability. Exercise also improved their self-efficacy, meaning they felt more confident and able to perform various tasks.

The paper also noted that when caregivers were involved in the practice of physical activity, the benefits were even greater. The authors believed that caregivers made sure that participants engaged in activities they actually enjoyed, which increased their positive perception of exercise. The involvement of peer mentors was another factor that potentiated the benefits of physical activity on mental health. Mentors played a role in supporting participants in decision-making and provided regular feedback, which increased the feelings of self-efficacy and their confidence levels.

Functional disability is the difficulty to perform basic or complex tasks, preventing one person from living independently. It is often seen in elderly people, who lose their abilities over time, whether it is for cognitive and/or physical reasons.

There is a close relationship between functional disability and depression, and one can influence the other. For example, a person who becomes more functionally disabled can feel more depressed as a result. The opposite is also true.

Physical activity has a positive effect on the mental health of disabled people. It improves self-esteem, self-efficacy, and quality of life. It also reduces depressive and anxious symptoms. Disabled people who exercise regularly are more likely to feel empowered, confident, and like productive members of society.

Disabled people can only benefit from incorporating more physical activity into their lives. You do not have to engage in vigorous activity for long periods to feel the effects. Moderate exercise can achieve the same health benefits. If you are a sedentary person who wants to move more, you can start working out in short intervals and then gradually increase the duration and intensity of your sessions. It will make the transition easier and increase the likelihood of staying on track with your objectives.

If you are a disabled person who wants to move more but doesn’t know where to begin, we can help you. Our qualified professionals have the necessary knowledge and certification to help disabled people improve their fitness levels. We adapt to your specific condition to work towards your goals. Training and moving by yourself is no fun, and we can be the motivation you need to get out of bed and work out! Check out our website to see how we can help you in your journey towards a healthier lifestyle.

This website uses cookies to improve your experience while you navigate through the website. Out of these cookies, the cookies that are categorized as necessary are stored on your browser as they are essential for the working of basic functionalities of the website. We also use third-party cookies that help us analyze and understand how you use this website. These cookies will be stored in your browser only with your consent. You also have the option to opt-out of these cookies. But opting out of some of these cookies may have an effect on your browsing experience.
Necessary Always Enabled
Necessary cookies are absolutely essential for the website to function properly. This category only includes cookies that ensures basic functionalities and security features of the website. These cookies do not store any personal information.
Non-necessary
Any cookies that may not be particularly necessary for the website to function and is used specifically to collect user personal data via analytics, ads, other embedded contents are termed as non-necessary cookies. It is mandatory to procure user consent prior to running these cookies on your website.
SAVE & ACCEPT
Open chat
1
Hello,

How can I help?